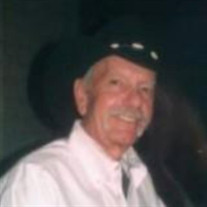 William G. “Tank” Tankersley, 77, of Lebanon died peacefully Monday, February 8, 2021 at Traditions of Hershey with his brother, David, at his side. Born in Lewisburg, Tennessee on April 10, 1943, he was the son of the late William E. and Pauline Jones Tankersley. He was employed as a car salesman for Ladd-Hanford, Inc. in Lebanon, PA, for many years. Surviving are four sons, William E. Tankersley of New Hampshire, Shawn Tankersley, Kevin husband of Paula Tankersley, Brian husband of Michelle Tankersley, all of Massachusetts, two daughters, Lisa Hayes and Paula Welch both of Massachusetts, 7 granddaughters, 3 grandsons, 1 great granddaughter, a brother David husband of Karen Tankersley of Cleona, 1 niece, 1 nephew, 2 uncles Aaron husband of Wanda Jones and Gordon Jones, and 2 aunts Martha Ann Jones and Bobbie Jones of Tennessee, and several cousins. He was preceded in death by two brothers Jeffrey and Edward Tankersley. Graveside services will be held at Grandview Memorial Park, Annville, PA, at the convenience of the family. Special thanks to the Personal Care nurses at Traditions of Hershey and the Hospice nurses from Grane Hospice. In lieu of flowers, contributions may be made to Grane Hospice, 1200 Camp Hill Bypass, Suite 205, Camp Hill, PA 17011 in his memory. A Memorial Service will be held at a later date. You will be able to find that information in the future by going to ww.kreamerfuneralhome.com. Kreamer Funeral Home and Crematory, Annville is in charge of arrangements.

The family of William G. "Tank" Tankersley created this Life Tributes page to make it easy to share your memories.

Send flowers to the Tankersley family.