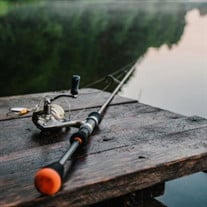 William “Butch or Monk” G. Basselgia, 82, of Lebanon died Friday, March 25, 2022, at Spang Crest, Lebanon. He was the husband of Alice L. (Bentz) Basselgia, with whom he was married to for 59 years. Born in Lebanon on June 9th, 1939, he was the son of the late William and Geraldine C. (Weik) Basselgia. William was a Veteran of the United States Army, and a member of Holy Trinity Lutheran Church in Lebanon. He enjoyed hunting, fishing, camping, the Philadelphia Eagles, and Penn State Football. William was a 1957 graduate of Lebanon Senior High School. He worked at Grace Mines. He was a Milk Man for both Harrisburg and Wengert’s Dairies. He drove charter and school busses for DB Fisher and retired from Lebanon Transit Authority with 30 years of service. Surviving in addition to his wife are two sons, Barry A. Basselgia, husband of Janet of Springfield, VA, Todd W. Basselgia, husband of Gerri of Lebanon, two brothers, Bruce Basselgia of Lebanon, Lynn L. Basselgia, husband of Rose of Lebanon, two sisters, Nell Kline, wife of Glen of Pine Grove, Sally Seward of Annville, three grandchildren, Zachary, Alicia, Rebecca, and four great grandchildren, Brantley, Willow, Aubrey, Nevaeh. He is preceded in death by parents and his brother, Robert C. Basselgia. A Memorial Service will be held at 11:30AM on Tuesday, April 5th, 2022, at Kreamer Funeral Home and Crematory, Inc., 618 E. Main St. Annville, PA 17003. A public visitation will be held from 10:30AM-11:30AM on Tuesday at the Funeral Home. Graveside services with military honors will be held at the Indiantown Gap at the convenience of the family. In lieu of flowers, contributions can be made to the Alzheimer’s Association, 1212 New York Ave. NW #800 Washington, DC 20005, in his memory (https://bit.ly/3tL864I). Kreamer Funeral Home and Crematory, Annville is handling arrangements.

The family of William G. Basselgia created this Life Tributes page to make it easy to share your memories.

Send flowers to the Basselgia family.