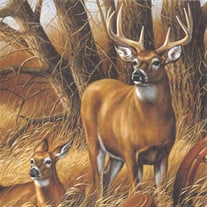 Ronald L. “Ronnie” Williams, 50, of Lebanon passed away on Wednesday July 28, 2021 at his residence. Ronnie was born in Lebanon on August 15, 1970 to Mary (Markey) Miller of Jonestown and his late father Ronald Williams. He was a diesel mechanic for Wolf Pack in Elizabethtown. He was a member of the former Mt. Zion Church of the brethren. He was an avid outdoorsman, enjoying hunting and fishing. He enjoyed working on cars, especially Mustangs. He also attended a lot of rock and heavy metal concerts. Surviving in addition to his mother is his significant other, Heather Rice of Lebanon, his brothers, Jeremiah Siebert of Jonestown, Joseph “Joe” Vieitis of Dillsburg, and his paternal grandmother Hilda Williams of Lebanon. He was preceded in death by his brother, John Turpin. A memorial service will be held on Friday, August 13, 2021 at 7PM at Kreamer Funeral Home and Crematory Inc., 618 E. Main Street, Annville. Interment will be private. There will be a visitation held from 5PM – 7PM. In lieu of flowers, contributions can be made to The American Cancer Society, PO Box 42040, Oklahoma City, OK 73123, on the memo line note write the memorial is for Ronald Williams, he is from Lebanon County, Pennsylvania.

The family of Ronald L. "Ronnie" Williams created this Life Tributes page to make it easy to share your memories.

Ronald L. “Ronnie” Williams, 50, of Lebanon passed away on Wednesday...

Send flowers to the Williams family.