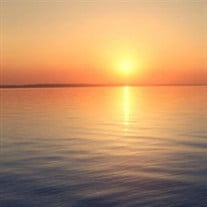 Local businessman and restaurateur Kimon Zoumas (Kim) passed peacefully January 7th, 2021 to be with the Lord. He was a dedicated husband, brother, father, Grandpa, businessman and friend. He engaged in light-hearted conversation daily with customers, friends, staff and family, he was well known for his motto "Don't worry be happy!" Kim was born to Loukas and Kaliopi (née Tsoukalas) Zoumas in Kambia Greece. He immigrated to the USA in 1955. He entered the food and hospitality industry and never looked back. In the early 1970s he opened the Golden Coach Diner in East Windsor NJ, with his brothers and brother n law. He owned several other restaurants in NJ, until relocating to Lebanon. In 1998 he became partners in The Hearth Family Restaurant with his brother Pete on 2550 West Cumberland St. Lebanon Pa. In 2012 he became a partner with his nephew in The Manor Restaurant and Lounge 300 S Hershey Rd, Harrisburg. Being in The Restaurant business was something he enjoyed, be it talking, listening, or just making sure everyone was happy in his diner. He will be greatly missed by all. Kim is survived by his wife Pam, children: daughter Carole and Joe Suarez, son Lucas Zoumas and son Brook Mcnichol and Kimberly. Brother Panagiotis(Pete) and Sharon Zoumas, sister Anna Tsillionis and Vito. Nine grandchildren and 15 nieces and nephews. Kim is predeceased by his parents and brother Michael Zoumas. Viewing hours will be from 4pm to 6pm Tuesday January 19th at Kreamer Funeral Home 618 Main St. Annville Pa. A Greek Orthodox service will be held Wednesday January 20th at 11am at the Holy Resurrection Church at 120 Weidman St. Lebanon Pa. In lieu of flowers donations may be made to the church.

Local businessman and restaurateur Kimon Zoumas (Kim) passed peacefully January 7th, 2021 to be with the Lord. He was a dedicated husband, brother, father, Grandpa, businessman and friend. He engaged in light-hearted conversation daily with... View Obituary & Service Information

The family of Kimon "Kim" Zoumas created this Life Tributes page to make it easy to share your memories.

Send flowers to the Zoumas family.