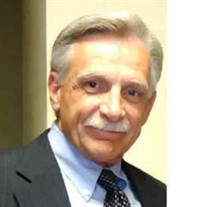 On Wednesday, February 17, 2021, Keith Alan Craig, a loving husband and Father, passed away at his home at the age of 71, with his wife by his side. Keith Alan Craig was born in Indiana, PA on August 29, 1949. Keith graduated from Central Dauphin East HS, class of 1967, where he was the Yearbook Editor. He attended Indiana University of Pennsylvania, and after Graduation in 1971, served as Quartermaster officer in the US Army. He was a Vietnam Veteran, and was awarded the Bronze Star, Vietnam Cross of Gallantry Unit Citation/Palm Meritorious. He then worked for the Army MWR Department in the Office of Army Hospitality as a civilian from 1977-2002 in Alexandria, Virginia where he played a key role in the opening of the first R&R Center on the Mainland USA, “The Shades of Green Hotel” in Walt Disney World, Florida. Keith served as the Director of Hospitality Management and was entered into the Order of the White Plume, for his efforts on behalf of servicemen and their families. Keith was also responsible for providing the “Love Boat for the soldiers during the “Desert Storm.” For R&R https://www.latimes.com/archives/la-xpm-1991-02-18-mn-1211-story.html He returned to Harrisburg in 2003 and worked for the PA Agriculture Department, where he served as the Executive Director of the Hardwood Development Council. Keith enjoyed playing third base in softball leagues with friends in his younger years, as well as a lifelong love of golf. Keith was preceded in death by his father Lloyd Craig, his mother Grace. He is survived by his wife Josephine Stockton, step children, Tony (Tonya), Keit, Lonny, Veronica (Jeff) her grandchildren, Dominique, Kamira, Jordan and Daniel, who thought of him as “Grandpa”, his daughter, Jessica Craig, his sisters Dana Fohringer (Gary), and Melanie Phelabaum, tow nieces and two nephews and a great nephew. Memorial services will be held on Thursday, April 22, 2021 at 12:00 PM at the Kreamer Funeral Home and Crematory, 618 E. Main Street, Annville. Inurnment will be held at Indiantown Gap National Cemetery with Military Honors.

On Wednesday, February 17, 2021, Keith Alan Craig, a loving husband and Father, passed away at his home at the age of 71, with his wife by his side. Keith Alan Craig was born in Indiana, PA on August 29, 1949. Keith graduated from Central Dauphin... View Obituary & Service Information

The family of Keith Alan Craig created this Life Tributes page to make it easy to share your memories.

Send flowers to the Craig family.