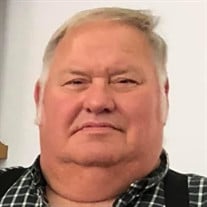 Jonathan J. “Bear” Olesh, Sr., 70, of Myerstown passed away on Tuesday, April 26, 2022, at his home. He was the husband of Cathy M. (Morningwake) Olesh. On May 27, 2022, they would have celebrated their 50th wedding anniversary. Born in Lebanon on January 31, 1952, he was the son of the late Steve and Edna L. (Gettle) Olesh. He graduated from Tulpehocken High School with the Class of 1969. He worked as a car hauler for Farnsworth Junk Yard. Previously, he had worked at Quaker Alloy. Jonathan was a volunteer fireman for over 30 years and was the assistant chief for the Frystown Fire Department. He enjoyed hunting, going upstate to see the elk, traveling, and camping. Most of all, he enjoyed spending time with his family and grandchildren. In addition to his wife, he is survived by his children Jonathan J. Olesh, Jr. and his wife Rhonda of Fredericksburg, Michael K. Olesh and his wife Kimberly of Fredericksburg, and Nicole M. Olesh and her boyfriend Cory Deshong of Myerstown; grandchildren Annika, Mackenzie, Austin, Breanna, Logan, Mason, Casey, and Abigael; and siblings Rebecca Olesh, Lydia M. Olesh, Ruth A. Sholl, Stephen M. Olesh and Susan D. Olesh. He was preceded in death by sisters Judith C. Klahr and Debra J. Olesh. Funeral services will be at 11:00 a.m. on Thursday, May 5, 2022, at the Kreamer & Lum Funeral Home & Crematory, Rt. 72 & Camp Meeting Rd., Jonestown. Viewing will be Wednesday, May 4, 2022, from 6:00-8:00 p.m. and one hour prior to the funeral at the funeral home. Interment will be at Meckville Mennonite Church Cemetery. In lieu of flowers, contributions may be made to the Frystown Fire Company, 480 Frystown Rd., Myerstown, PA 17067.

The family of Jonathan J. "Bear" Olesh created this Life Tributes page to make it easy to share your memories.

Send flowers to the Olesh family.