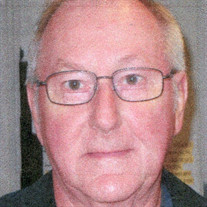 John E. “Jack” Garber, Sr., 78, of Lebanon, passed away on Saturday, June 26, 2021, at his home. He was the husband of Paulette (Donlin) Garber of Lebanon. They would have celebrated their 54th wedding anniversary on August 26th. Born in Wilkes-Barre on September 24, 1942, he was the son of the late Joseph B. and Sarah E. (Kreitzer) Garber. John attended Hanover Twp. High School and received his GED while serving in the Air Force for four years. He was an insulator with Heat & Frost Local 38 in Wilkes-Barre. Jack enjoyed horse racing, going to the casino, playing poker, bus trips, cruising, car trips, and most of all he enjoyed his children and granddaughters. He was a lifetime member of the Amvets Post 59 and American Legion Post 609 in Hanover Twp., Wilkes-Barre, PA. In addition to his wife, he is survived by a son John E. Garber, Jr., and his wife Traci of Harleysville; daughter Bonnie wife of Larry Shifflet of Elizabethtown; granddaughters Dana Garber and Erin Shifflet; and sister Barbara Stahl of Hunlock Creek. He was preceded in death by brothers Joseph, Daniel, Robert and William Garber, and sister Elizabeth Nethercott. The family would like to thank the staff at Lebanon VA Medical Center, Compassionate Care Hospice, and friends & neighbors that helped so much during this difficult time. Graveside service with military honors will be at 12:30 p.m. on Wednesday, July 7, 2021, at Indiantown Gap National Cemetery. In lieu of flowers, contributions may be made to Juvenile Diabetes Research Fund, 200 Vesey St., 28th Fl., New York, NY 10281 or www.jdrf.org.

The family of John E. "Jack" Garber created this Life Tributes page to make it easy to share your memories.

Send flowers to the Garber family.