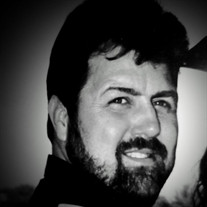 John P. Bulley, 65, of Annville died Tuesday, June 29, 2021, at the Milton S. Hershey Medical Center. He was the husband of Corinne Weyand Bulley and celebrated 48 years of marriage in April. Born in Pawtucket, Rhode Island on July 17th, 1955, he was the son of the late John C. Bulley and the late Marjorie Bucknam Bulley. John had retired from the State of Pennsylvania's Unemployment Office, but had a long career span across a variety of roles in service to others. He started his career in emergency services where he was a Physicians Assistant at Perry County Health Center, a certified EMT and Supervisor for Lower Paxton Emergency Medical Services; and a Deputy Chief of Palmyra Citizens Fire Company where he was awarded a Medal of Valor for his heroic actions in the line of duty. John's career also included purchasing and supply chain warehouse operations, servicing and installing children's rides thought the east coast and driving limousine over the tri-state area. When he wasn't working in the community he was volunteering in support of his passions: he helped to coach various sports teams for his children throughout the years; was a dedicated Boy Scouts Leader for his sons obtaining his Woodbadge and traveling to Philmont with his oldest son; even starting an Explorer Scouts chapter when his daughter wanted to join in the outdoor adventures. As a member of Hill United Church of Christ he served as a past Consistory President and was a fixture in the nursery where he infused music and smiles as 'Big John' and an honorary family figure to so many. John was proud to be know as a 'Mountain Man', Reenactor and could often be found with a Martin guitar at Rendezvous or struming any variety of string instruments at bluegrass jam sessions. He loved the history and craftmans-ship found at Williamsburg and was Goodwin Society Member. His passions included the Boston Red Sox; ability to create and cook anything; and crafting and refurbishing antiques for others to enjoy for years to come. Those who knew John the past 20 years knew that his greatest joy was becoming an Opa and sharing his love with his grandchildren. Surviving him in addition to his wife is his son, John Z. Bulley, husband of Geena; his daughter, Amanda C. Bulley, wife of Shawn Ritter; his son, Joshua S. Bulley; two sisters, Paula Cassel and Laura McChesney; a brother, Peter Bulley, husband of Lori, his four nephews; and his six grandchildren, Jaymie Bulley, Kaylee Bulley, Lee Ritter, Audrey Ritter, Truman Ritter, and Ziva Bulley. A Memorial Service will be held at 11AM on Saturday, July 3 at Kreamer Funeral Home and Crematory, 618 East Main Street Annville, PA 17003. Visitation will be held from 10AM-11AM at the funeral home; the family requests that those in attendance respect the use of face masks while indoors and within close distance of others. A Celebration of Life and Fellowship gathering will be held on July 17th, further details to follow. In lieu of flowers, donations may be sent care of the Golden Rule Class, Hill UCC, 3801 Hill Church Road, Lebanon PA 17046 for disbursement to Bashore Scout Camp and the Blacksmith's operations at Colonial Williamsburg. Interment will be held at the convenience of the family. Kreamer Funeral and Crematory, Inc. is overseeing arrangements.

The family of John P. Bulley created this Life Tributes page to make it easy to share your memories.

Send flowers to the Bulley family.