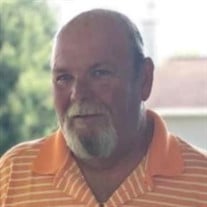 James S. “Spank” Garloff, died unexpectedly in Lebanon, Pennsylvania on March 24, 2022, at the age of 61. Spank was born in Lebanon on July 21, 1960, to the late Gloria and James H. Garloff, and was married to the late Linda Principe on April 28, 1984. He retired from Lebanon City Water last year. Spank enjoyed the mountains, was an avid hunter, and volunteer at Indiantown Gap. He was a member of the Fifth Ward Athletic Club, the VFW in Annville, the Fireman’s Club, and the Fish & Game Conservation Club. Spank was never short on friends, and his love for family was undeniable, as evidenced by his devotion as a father and pappy. Surviving are two daughters, Megan E. Garloff of Lebanon, Jennifer L. Becker, wife of Cory of York, PA, a sister, Karen L. Garloff of Harrisburg, and three grandchildren, Kylee Garloff, Carson Becker, Caleena Becker. A public viewing will be held from 6:00PM to 9:00PM on Tuesday, March 29th, at Kreamer Funeral Home and Crematory, 618 E. Main St. Annville, PA 17003. Funeral Services will be held at 11:00AM on Wednesday, March 30th, at the Funeral Home. An additional public viewing will be held on Wednesday from 10:00AM to 11:00AM at the Funeral Home. Interment will be held at Holy Cross Cemetery, Lebanon. In lieu of flowers, contributions can be made to Hunt of a Lifetime, 6297 Buffalo Road Harborcreek, PA 16421 in his memory. Thank you to everyone who participated in Spank’s life. We are all better for having known him.

The family of James S. "Spank" Garloff created this Life Tributes page to make it easy to share your memories.

Send flowers to the Garloff family.