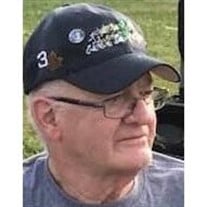 Bernard Eugene “Skip” Barr, 82, of Lebanon, passed away on Tuesday, December 22, 2020 at StoneRidge Towne Centre. He was the husband of the Frances C. (Keisch) Barr, with whom he celebrated 57 years in marriage. Skip was born in Millersburg, PA on February 3, 1938 to the late Charles and Marie Barr. He was a graduate of Hershey High School. He was a member of Holy Trinity Lutheran Church in Lebanon. Skip joined the Airforce Civil Air Patrol (squadron 155 Search and Rescue Team) from 1950 to 1954. He was a member of the PA National Guard from 1953-1954 (Battalion D 899th as a cannoneer). He then joined the U.S. Navy (1954-1958), and served in Korea aboard the U.S.S. Beale DD471 destroyer and the U.S.S. James C. Owens DD776 destroyer. He was a 2nd class Boiler Technician. He received the United States Department of the Navy’s, highest non-combat Medal, when a fellow sailor was washed overboard and knocked unconscious. Barr jumped into the ocean removed his own life jacket, placed it on the sailor and kept him afloat until he was recused by helicopter. The Lifesaving Medal for an act of bravery. This is awarded for acts of heroism to the members of the United States Navy. He had worked maintenance for ten years at Park Silk. He operated heavy equipment for twelve years at Calcite Quarry. He was a night shift foreman for eleven years at Sheridan Slag. He then retired after working 21 years at Lebanon Country Club in the Greens Department. He was a member of National Association of Destoyer Veterans since 1989, American Legion Post 945 since 2004, AmVets Post 293 since 1994, North American Fishing Club, Goodwill Fire Company and Lebanon EMA since 1962, Assistant County Fire Chief for five years, Lebanon County Civil Defense Truck Commander for eight years, Lebanon EMA Rescue Squad, Rescue Chief for ten years. He received 2 distinguished service citations from the city of Lebanon. He was a registered hazardous materials and radiation fire instructor. He was a member of the Boy Scouts of American for 30 years, where he served as a cub master, Scout Master, Explorer Post Advisor, and a member of the district committee, where he received multiple awards and commendations, and Four Abreast Racing Club for 22 years. He absolutely loved the outdoors. His favorite thing was camping, and he excelled as the camp cook. He took great pride in baking cakes in his Dutch ovens. He enjoyed taking the boy scouts on survival weekends and teaching them how to survive in the woods in the winter. They would camp outside in tents or build shelters in January! His motto was “anyone can camp in July” He repeatedly spoke of how much he enjoyed the family camping vacations. He loved his dogs, enjoyed fishing, boating, nature trails, riding his bicycle, and build model battleships. He was obsessed with wrestling, and loved sprint car racing. He spent countless weekends at the local dirt tracks and in the 1960’s even helped as a mechanic at Silver Springs Speedway. One of his biggest traits, was that he could fix anything; engines, body work, chassis, bikes, house repairs, electrical, plumbing, heating, roofing, windows, appliances, you know it, and he could fix it. He will be greatly missed as he has guided, lead, and taught so many skills to so many people over the years. Surviving in addition to his wife are his sons, Joseph Barr and David Barr, a daughter in law, Bonnie, five grandchildren, Brandon, Jordan, Alec, Zakary, and Geordan. He was preceded in death by his siblings, Ronald, Robert, and Karen. Due to the current pandemic, services will be held privately. In lieu of flowers, contributions can be made to Compassionate Care Hospice.

Bernard Eugene &#8220;Skip&#8221; Barr, 82, of Lebanon, passed away on Tuesday, December 22, 2020 at StoneRidge Towne Centre. He was the husband of the Frances C. (Keisch) Barr, with whom he celebrated 57 years in marriage. Skip was born in... View Obituary & Service Information

The family of Bernard Eugene "Skip" Barr created this Life Tributes page to make it easy to share your memories.

Bernard Eugene “Skip” Barr, 82, of Lebanon, passed away on Tuesday,...

Send flowers to the Barr family.